There are many lessons I have learned as I move forward in the execution of my dream and opening the distillery. One of the lessons I learned was summed up in 2002 by former Secretary of Defense Donald Rumsfeld. In a press Conference at the NATO Headquarters in Brussels he said: 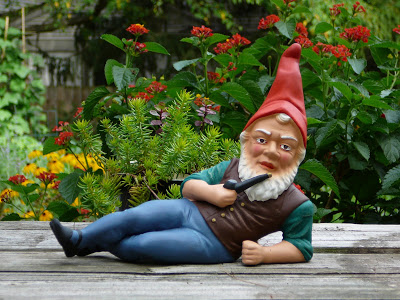 But what about the known-unknown gnomes… Where are they and why haven’t we gotten to know them. Ah wait I digress… Where was I… that’s right, things I know…

I started this journey with a lot of things I knew and a litany of things I did not know. I needed a plan. Basic Business 101 is you need a plan. Go to any website, talk to any consultant, attend an introduction to business course. A plan is essential to getting started. It is where you address the knowns and the known- unknowns. I needed money. Again Basic Business 101 is that it takes money to make money. This one was tough. I had money, but not the money I knew I needed. I knew there were ways to get money. I knew there were angel investors, venture capitalists, grants, and banks. I knew that it was not easy to raise money and that without the plan, no one would give me money. I needed to do research. I hit the Google running. I read the blogs and the market studies, I surfed articles ad infinitum in search of knowledge. As I read, my knowns increased tremendously and my known-unknowns became known. I was on a roll. The plan started to take shape, the ideas became firm, and the costs became apparent. Life was good. I was making the dream come true.

Unknown-unknowns started out as “Ah Ha!” moments. You know, those moments when you are like “that’s really cool. I did not know that” and others are the moments with your friends where you say “Shut Up!?, That’s Amazing. How did you know that??” You appreciate these unknown-unknowns as they are helping you with the plan, which helps you get the money, which helps you follow your dream and open your business. Then the relationship starts to darken… the unknown-unknowns become more elusive, hiding around the corner. You have the plan, you have raised some money, you have planned for everything you know, and everything you know you don’t know. Then without warning, the unknown- unknowns re-appear, different than they were in the beginning. In the beginning they were free, bright shining moments of clarity; now they are dark, sinister, and costly. Like everything that is unknown, there is a certain amount of fear; especially when they were not expected.

Yet, the path forward is not far from where you are. The unknowns become known. The plan adapts and the paths forward become clear. The lesson here is not that you will ever know the unknown-unknowns ahead of time, but how you react when they are revealed. You adapt, you correct, you adjust, and deal with the unknown-unknowns as they come. Live your Dream!

With that, I give you Deputy Dave’s Drink of the Day: Dreams

Mix everything in the glass.

Posted on September 24th, by David in Drink of the Day.
No Comments